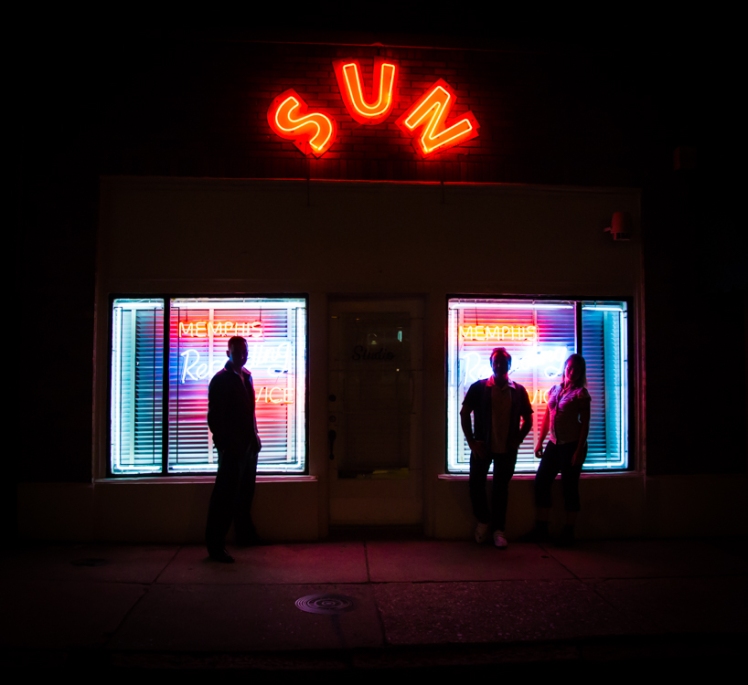 An incredible night in Sept 2016 at the legendary Sun Studios in Memphis TN where we got to record four tracks for our first album. Still can’t quite believe that happened!!

The acoustic ceiling tiles in the studio are exactly the same as they were back in 1954 when Sam Phillips first recorded Elvis, Scotty and Bill so to have the rockabilly music of The Wheelgrinders reverberating around the same tiles as the rockabilly music of Elvis, Scotty and Bill…and Carl Perkins, Jerry Lee Lewis, Warren Smith, Johnny Cash, Billy Lee Riley, Sonny Burgess, Roy Orbison et al was just amazing. We’re now a small part of Sun Studios history ourselves.