Check out the Videos page for a short sampler video of selected songs from our upcoming debut album “Torqueflite Baby”. The album is a rockin’ mix of classic rockabilly covers and Wheelgrinders originals and we’re stoked to be so close to wrapping it up and unleashing it on the world.

We’re working on the final tracks for the album in the first week of January when we return to The Warehouse Studio in Vancouver where we recently recorded the first three of our album tracks. Four of the songs on the album were recorded in September at the legendary Sun Studios in Memphis TN.

We’re aiming to have all of the tracks ready and the artwork completed by February 2017. We’ll also be releasing a 45rpm vinyl record with both sides a Wheelgrinders original so stay tuned for our release announcement and details of where you can get your very own 45rpm single and a copy of “Torqueflite Baby”! 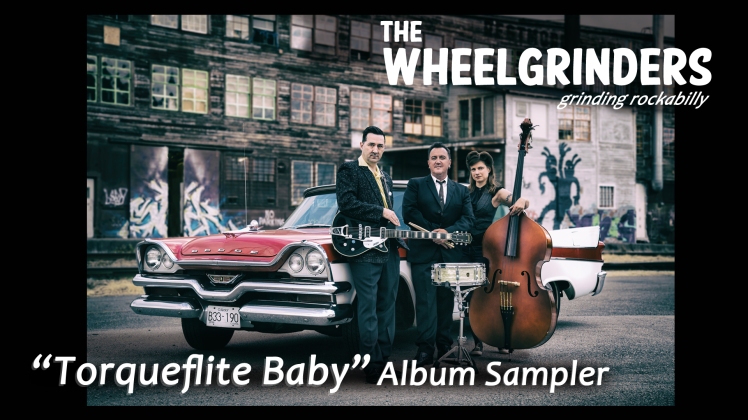